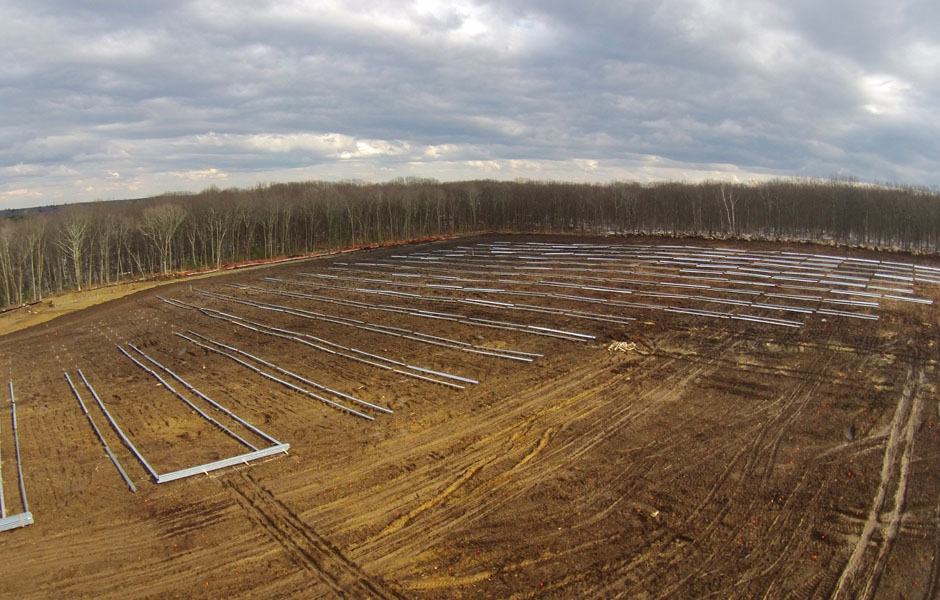 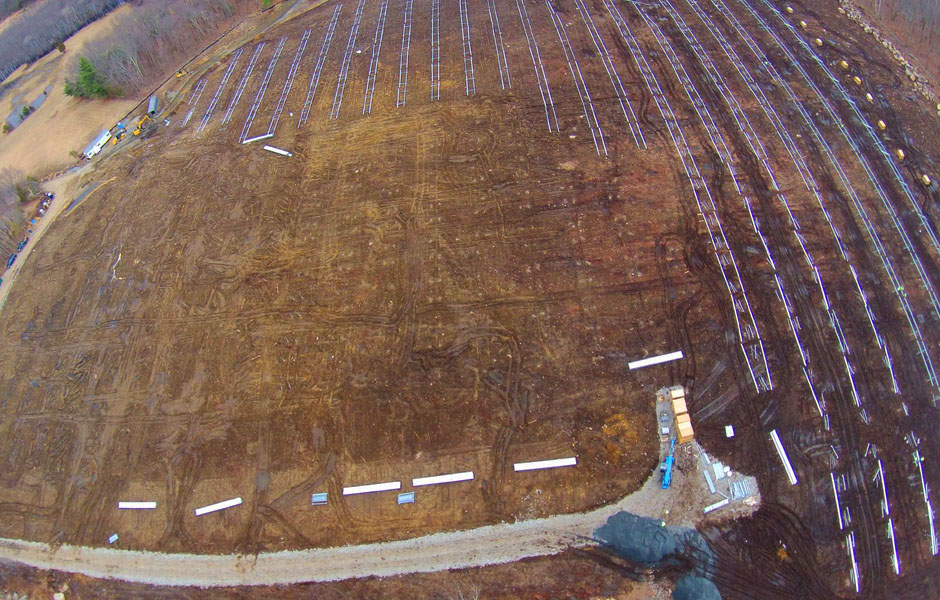 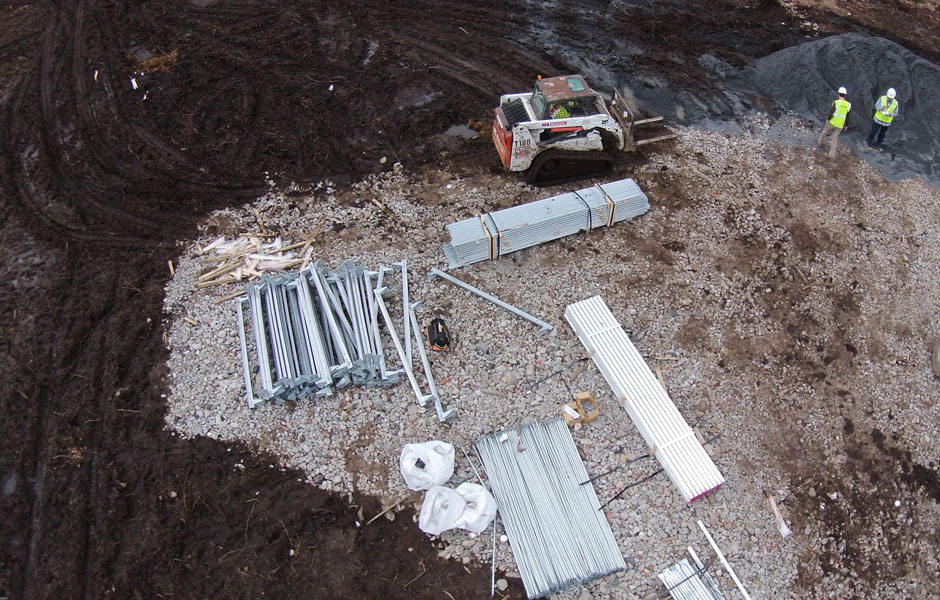 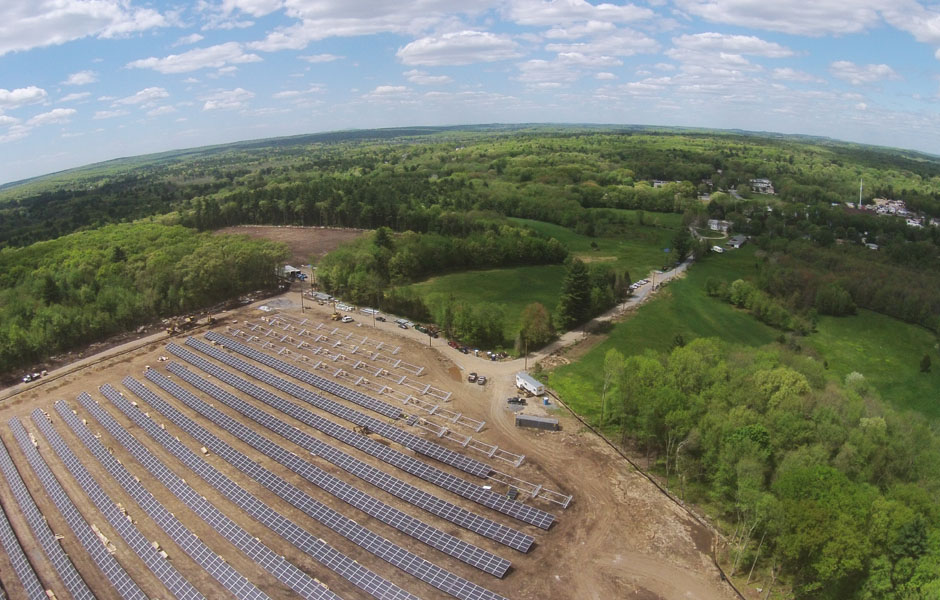 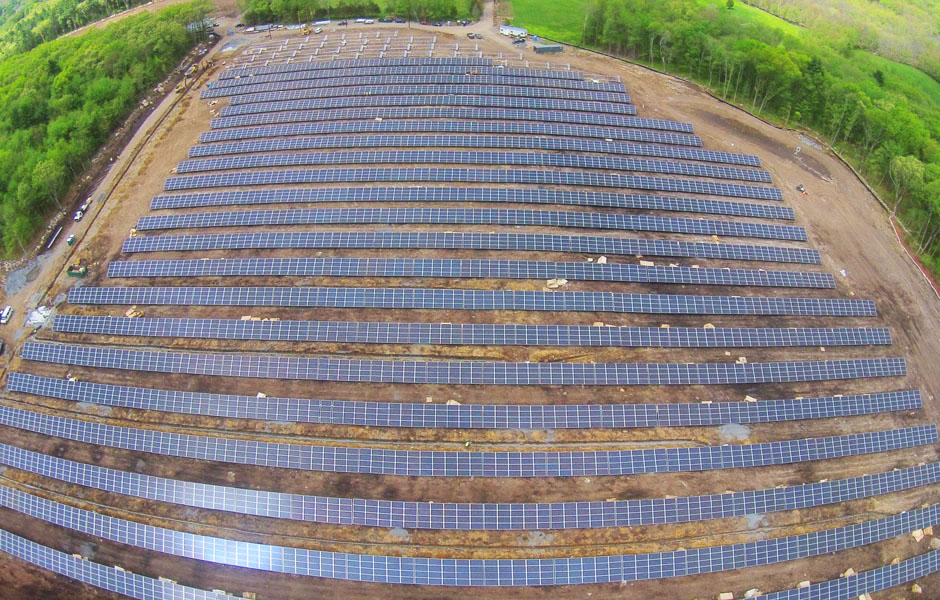 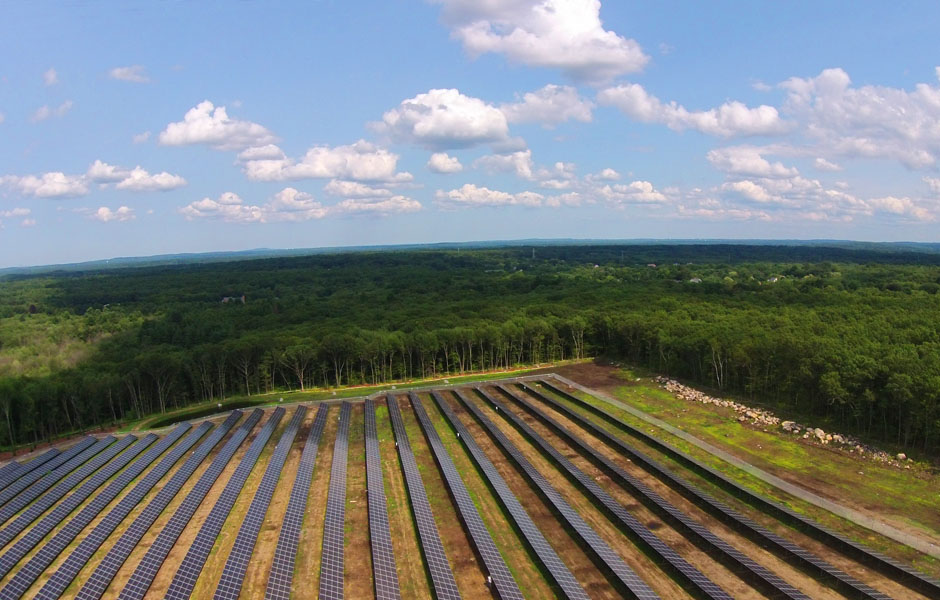 The Chestnut Street solar development in Holliston, Massachusetts, represents the union of past and future. One of the last expanses of prime farmland in the Town of Holliston, it is family-owned and lovingly cared for by a brother and sister, Richard and Sandra Kase. At the same time, the development of 4 MWDC of solar means the Town of Holliston can look forward to the delivery of 4.5 million kWh of clean energy each year for decades to come.

As the site remains in large part a working farm, BlueWave situated the solar arrays on a more remote, forested area of the site; located on a hill and set back from the road, the footprint has no impact to the existing farm. This allows the Kase family to continue to farm the arable area below, and makes virtually no impact to the traditional rural character of the site.

To bring this project to fruition, BlueWave led the early-stage development before bringing in SunEdison (NYSE: SUNE), to finance the project and oversee construction and operations. SunEdison enlisted SunDurance as its general contractor to handle day-to-day responsibilities for installing the solar photovoltaic (PV) system. GLM Engineering, a local Holliston based firm, has provided the civil engineering for the project.

The project creates substantial environmental benefit: the 4,485,000 kwh of clean electricity generated annually is the equivalent of keeping 3,093 metric tons of carbon dioxide out of the atmosphere. This could be achieved by taking 651 passenger cars off the road or switching 80,896 incandescent light bulbs to CFLs.

Economically, this project will be highly advantageous for the Town due to the fact that the system, once built, will increase the value of the land and consequently, the amount of property tax collected. Over its lifespan, the Chestnut Street solar development could contribute as much as $1 million in incremental property taxes to the Town of Holliston. This is money that can go directly toward funding important local priorities such as schools, firefighting and public safety.