Based in South Africa 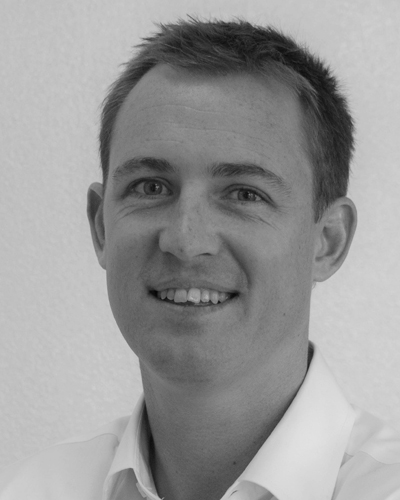 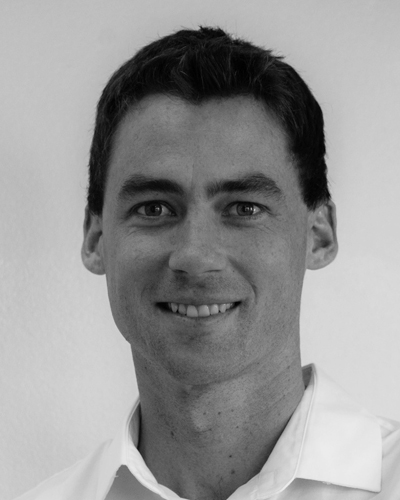 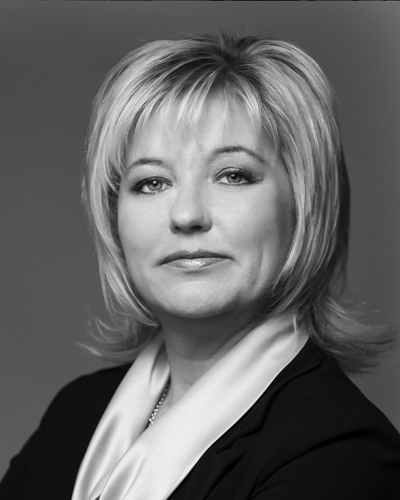 Wayne Cowie joined BlueWave Capital as Managing Director of the South African business. He previously qualified as a Chartered Accountant and CFA® Charterholder whilst working for Deloitte in Cape Town, New York, and Sydney and then spent eight years in London working in M&A and corporate strategy. Mr. Cowie began this period at Hawkpoint Partners, an award-winning independent corporate finance advisory house, and more recently worked at Close Brothers Group PLC, a FTSE 250 listed financial services group, where he managed corporate acquisitions and disposals and other group-wide strategic initiatives.

Mr. Cowie earned a Bachelor of Business Science degree and Honours in Finance at the University of Cape Town.

Dean Smithyman focuses on developing and executing on both small and large PV projects for the BlueWave Capital South Africa team. He brings a strong business and product development background, particularly in the retail investment arena. Mr. Smithyman most recently worked at Londolozi, one of South Africa’s leading luxury private game reserves, initially as the finance manager and then later as a game ranger and joins BlueWave Capital with a renewed vigour for environmentally and socially conscious initiatives. Mr. Smithyman also previously managed product and business development at STANLIB, one of South Africa’s largest asset managers, and then later for Alexander Forbes, the country’s largest pension fund administrator.

Mr. Smithyman holds a Bachelor of Commerce (Honours in Accounts) and a Certified Financial Planning (CFP) diploma. He earned his Bachelor of Business Science with Honours in Finance at the University of Cape Town.

Lee-Anne Roodt is primarily responsible for identifying and procuring new sites and managing ongoing relationships with landowners for BlueWave Capital South Africa. Ms. Roodt has a background in farming and serves as trustee for a farming operation based in the Free State. She also has a wide range of experience as an entrepreneur, having managed and owned both a fast food concern and a business that produced fresh vegetables. Ms. Roodt previously worked in the property investment industry as part of the Treoc group, where her responsibilities included training, tenant management and financing of property transactions. 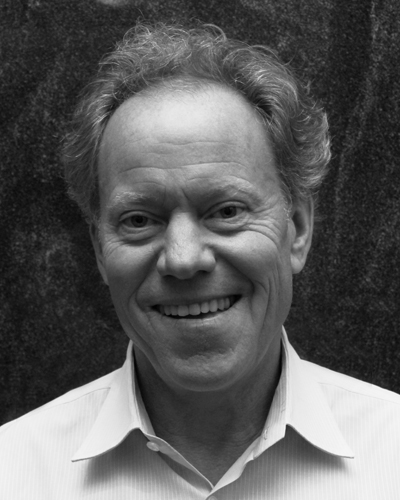 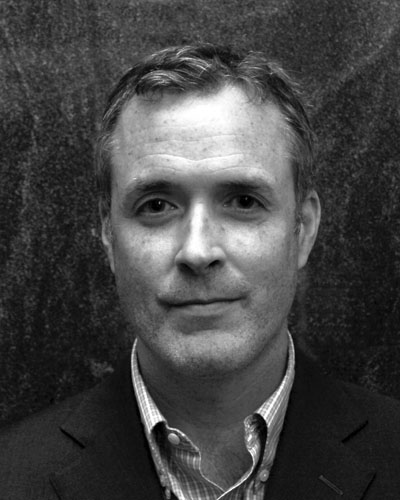 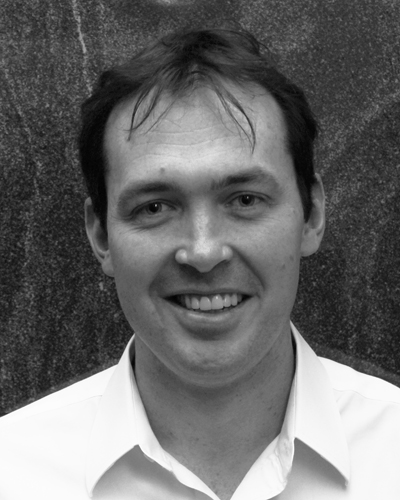 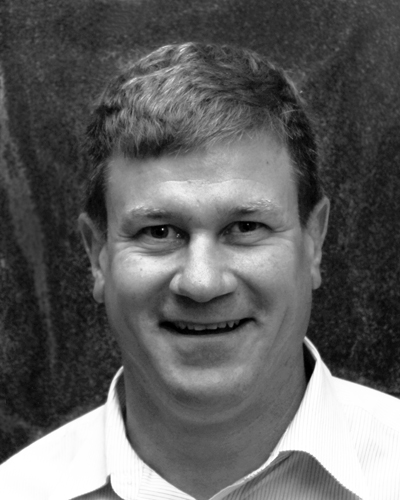 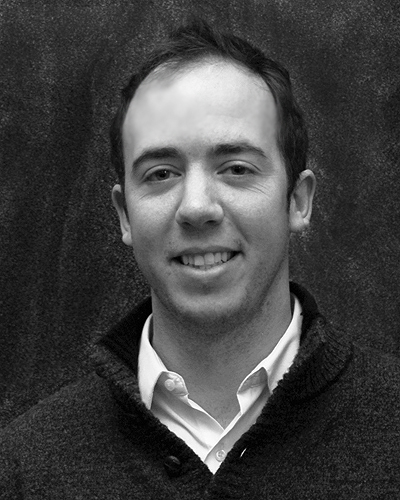 John DeVillars has been extensively involved in environmental protection, land conservation, and clean energy development as both a public official and private businessman. He co‐founded BlueWave Capital in 2003 and has led its project development and environmental technology investment activities since its founding. Mr. DeVillars’ public service career includes service as Secretary of the Environment for the Commonwealth of Massachusetts, Chair of the Massachusetts Water Resources Authority, and Chief of Operations for Governor Michael Dukakis. In 1993 he was appointed New England Administrator of the United States Environmental Protection Agency by President Bill Clinton, a post he served in until 2000. He has received numerous awards for his environmental service, including the President’s Award of the Nature Conservancy, given annually for national leadership in environmental affairs.

His private sector career includes founding and leading the Environmental Management practice for the national accounting firm Coopers and Lybrand (PWC); serving as Executive Vice President of Brownfields Recovery Corporation, a brownfields real estate investment and development company with assets in Massachusetts and the U.S. Virgin Islands; and as Lecturer on Environmental Leadership at the Massachusetts Institute of Technology.

Mr. DeVillars serves on numerous public and private company and non‐profit boards including as a member of the Executive Committee of the New England Clean Energy Council; Chair of the Advisory Board of Environment Northeast, a leading advocacy group on the forefront of efforts to combat global climate change, and Director of the Massachusetts Environmental Trust. In 2012 he was appointed by the United States EPA Administrator to serve on the agency’s National Advisory Council on Environmental Policy and Technology, the EPA’s principal outside advisory body. Mr. DeVillars also serves as a member of the Board of Directors of Clean Harbors, Inc., a Fortune 1000 company that is North America’s largest hazardous waste services provider, and NextStep Living, Inc., an INC 100 energy efficiency company.

Mr. DeVillars earned his MPA degree from Harvard University and his BA from the University of Pennsylvania.

Prior to joining BlueWave, Mr. Graber-Lopez served as Vice President and Senior Equity Analyst on the Specialty Equity Growth Team at Putnam Investments, where he helped manage $8 billion in U.S. mid- and large-cap growth equity portfolios. At Putnam, he focused on the energy, alternative energy, materials, and utilities sectors and was responsible for his team’s investments in those sectors in both public and private markets. Mr. Graber-Lopez started as a Senior Equity Analyst within Putnam’s Global Equity Research Group and was a member of the Natural Resources and Utilities fund teams. During his years on the sell-side, Mr. Graber-Lopez focused on the Energy and Utilities industries and was ranked by several leading industry surveys as being among the top analysts in his field. Mr. Graber-Lopez has extensive experience in firm valuation, mergers and acquisitions advisory services, private equity transactions, and portfolio management.

Mr. Graber-Lopez holds an MBA from MIT’s Sloan School of Management and a BA from Hampshire College.

Trevor Hardy is deeply involved in all aspects of the company’s operations with leadership responsibility for the company’s real estate activities and its expansion within the United States, the Caribbean and his native South Africa. Mr. Hardy is a real estate private equity professional with extensive expertise in acquisitions, development, financing and asset management. He has over a decade of experience in the real estate business and successfully closed on $1.25 billion in acquisitions.

Prior to joining BlueWave Capital, Mr. Hardy was a Senior Director of Acquisitions and Development at Tishman Speyer, one of the largest and most respected real estate companies in the world with over $50.2 billion in acquisitions and assets under management since 1978. He was also the Regional Finance Director of the Boston region with over 2.5 million square feet of Class A office space under management and was intimately involved in all aspects of Tishman Speyer’s regional business. Prior to Tishman Speyer, Mr. Hardy worked as a development consultant at CB Richard Ellis Whittier Partners and was also a consultant to the World Bank.

Mr. Hardy was awarded a Fulbright scholarship to study at MIT, where he completed dual MS degrees in Design Technology and Real Estate Development. He also holds a Bachelor of Building Arts and a Bachelor of Architecture from the University of Port Elizabeth (South Africa).

Jaco Pretorius focuses on BlueWave’s South African operations, where he is engaged in site acquisition, client interaction and overseeing all technical aspects of development. Before joining BlueWave, Jaco was a Principal at TIAX LLC, previously the technology and innovation division of Arthur D Little Inc., where he led the products group. Prior to that he was a founding member of Midé Technology Corporation, a high-technology research and development house. Mr. Pretorius developed, manufactured, installed and maintained products for the US Department of Defense, NASA and fortune 500 chemical, pharmaceutical, aerospace and alternative-energy companies. Mr. Pretorius currently consults in the areas of product development, intellectual property, technology strategy, business growth and forensic engineering.

Mr. Pretorius holds a BSc. in Mechanical Engineering from the University of Stellenboch in his native South Africa as well as an MSc in Engineering and Management from MIT and the Sloan Business School. He has six granted U.S. patents.

Mr. Schönborn holds an MSc degree in Innovation and Technology from Rensselaer Polytechnic Institute (RPI) and a BSc in Electrical Engineering degree from Trinity College. In 2006 Reg was awarded the Edwin P. Nye Award for understanding the connection between man’s technology and the environment.